“Honouring Our Heritage — Celebrating the International Year of Indigenous Languages”

The United Nations declared 2019 the International Year of Indigenous Languages* in appreciation for the rich contribution languages make to world-wide cultural diversity.

Languages play a critical role in our lives, not only as a tool for communication, education, social integration, and development, but as a source for each person’s unique identity, cultural history, traditions, and memory. Despite their fundamental value, languages around the world disappear at an alarming rate.

This year’s Lighting the Fire Conference (LTF) will highlight First Nations languages of Manitoba and the richness that comes through reclamation. Our workshop lineup will focus on language and culture, exploring the innovative strategies and solutions of schools and communities to ensure the ongoing practice of language reclamation.

MFNERC applauds the accomplishments of Manitoba’s First Nations-operated schools in the areas of language and culture. Such work reflects the MFNERC Mission: To help First Nations improve education for all learners to achieve: mino-pimatisiwin (Cree/Ojibwe/Ojibwe-Cree); honso aynai (Dene); and tokatakiya wichoni washte (Dakota). As MFNERC enters its 20th year, we celebrate First Nations language—the foundation for all generations. 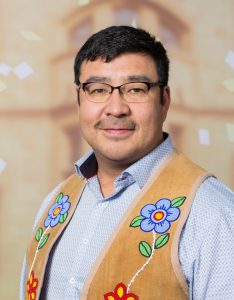 Dr. Kevin wâsakâyâsiw Lewis is a nêhiyaw (Plains Cree) instructor, researcher and writer. Dr. Lewis has worked with higher learning institutions within the Prairie Provinces of Manitoba, Saskatchewan and Alberta in the areas of Cree Language Development and Instructional methodologies. His research interests include language and policy development, second language teaching methodologies, teacher education programming, and environmental education. For the past 11 years, Dr. Lewis has been working with community schools in promoting land and language-based education and is founder of kâniyâsihk Culture Camps (www.kaniyasihkculturecamps.com/), a non-profit land-based educational program focused on holistic community well-being. Dr. Lewis is currently Assistant Professor, Curriculum Studies at University of Saskatchewan. He is from MinistikwanLake Cree Nation in Treaty 6 Territory. 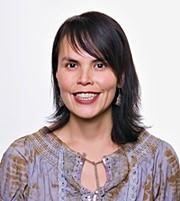 Lorena Sekwan Fontaine (LL.B., LL.M., Ph.D) Is Cree-Anishinabe and a member of the Sagkeeng First Nation in Manitoba, Canada. She is  the Indigenous Academic Lead at the University of Winnipeg and an Associate Professor in the Department of Indigenous Studies.

Professor Fontaine has taught for the First Nations University of Canada and the School of Public Policy Graduate Program at Queens University. She has spoken nationally and internationally and has authored articles on residential school issues and Indigenous language rights in Canada. Her most recent publication “Our Languages are Sacred: Indigenous Language Rights in Canada” is contained in a collection of essays that reflects the recommendations of Indigenous legal scholars and policy leaders on how Canada can braid together a new legal framework through the implementation of UN Declaration on the Right of Indigenous Peoples (UNDRIP). Her PhD research was presented in a CBC documentary entitled “Undoing Linguicide” which was awarded the 2017 RTDNA Adrienne Clarkson Award for Diversity, Radio and Network. She has also worked with the Assembly of First Nations as an advisor on Aboriginal languages for a number of years.

Professor Fontaine is also strong supporter of equality rights. She was an Equality Rights Panel Member of the Court Challenges Program and has been involved with the Women’s Legal Education and Action Fund as a board member and subcommittee member. Currently she is a National Steering Committee Member for National Association of Women and the Law. 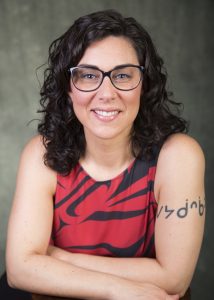 Dr. Onowa McIvor is maskékow-ininiw (Swampy Cree) and Scottish-Canadian from Treaty 5 territory but grew up in Treaty 6 territory (northern Saskatchewan). Her Cree family is from kinosao sipi (Norway House) and Pimicikamak (Cross Lake) in northern Manitoba. She currently resides in SENĆOŦEN and Lekwungen speaking territories in southern Vancouver Island in BC. Onowa is a lifelong adult learner of her mother tongue nehinaw/nehiyaw/nehithaw (learning across all three dialects at once!). Dr. McIvor is an Associate Professor in the Department of Indigenous Education at the University of Victoria and co-leads the NEȾOLṈEW̱ Research Partnership Grant, a six-year SSHRC project working to understand and enhance Indigenous adults’ contributions to reviving Indigenous languages in Canada. However, her most important job is raising two daughters with the help of her extended family. 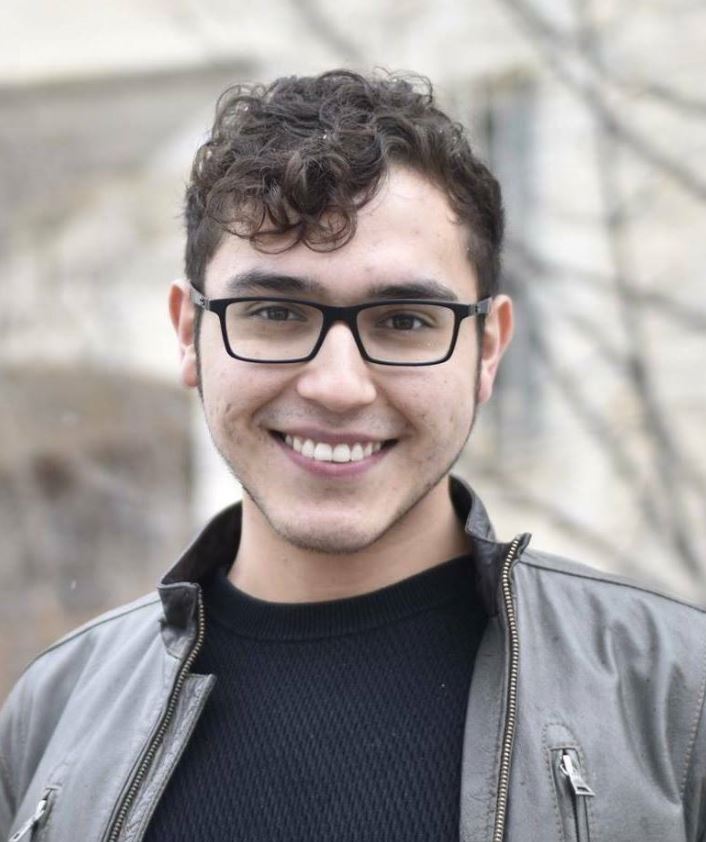 This Warrior of Change is a student from University of Manitoba and employee of Ndinawemaaganag Endaawaad Inc. Chance's main social interest is around Indigenous language revitalization, land reclamation, water protection, student advocacy and 2Spirit/Indigequeer resurgence. 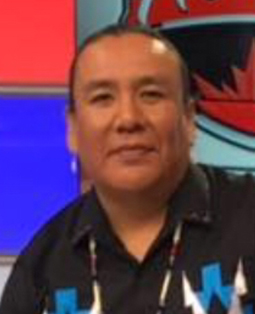 Jason Chamakese is from the Pelican Lake First Nation in Saskatchewan, Canada. He is from the Plains Cree Nation and is a fluent speaker of the Cree language. He began his flute playing as a hobby in 1998. He later began to compose his own music and released an album of flute music entitled “Midnight at Clearwater, Native American Flute Songs, volume 1 in 2007. Later, he released the self-titled album Jason Chamakese, Native American Flute Songs, volume 2 in 2010. He is a multi-nominated artist and had nominations for Best Flute player at the Native American Music Awards, Canadian Aboriginal Peoples Choice Music Awards, and Canadian Aboriginal Music Awards in 2011. He is the winner of the Best Traditional Flute CD category at the 2011 Canadian Aboriginal Music Awards. He has traveled throughout North America sharing his music and stories and travelled to Scotland in 2013. In May of 2015, he suffered a stroke and was in an induced coma for 9 days, placed on life support and given a 30% chance to live. Doctors notified his family that if he was to survive, he would suffer debilitating effects and require constant medical care. However, through prayer and knowing a second language, his recovery has been miraculous. Moreover, he kept his ability to play Native American Flute. His story is inspirational. He wishes to encourage First Nations youth to learn their respective languages and follow their culture as best as they can to also to embrace a positive alcohol and drug free lifestyle. He also wants to encourage them to pursuing their interests in sports, art, education and culture as an alternative to drugs and alcohol. He shares his own personal story and it is truly inspiring. Recently, he was part of a history making national broadcast of an NHL game on APTN, where the Cree Language was utilized for the first time and he sat as a panelist and special guest.

Thank you for your interest, the Tradeshow is now full.

This year's vendors will include:

We are now at capacity and not accepting onsite registration.

Payment Methods
1. Credit card (on-site only)
2. Authorized Purchase Order
3. Certified Cheque or from an organization or band (no personal cheques)
4. Cash (on-site only)
5. E-transfers are not accepted. Please use one of the payment methods above.

Travel
All travel arrangements are the responsibility of the individual. Clement Travel is the official travel agent for the Manitoba First Nations Education Resource Centre (MFNERC). For assistance in planning your travel needs, please contact Clement Travel at (204) 985-5290.

Health and Safety
The MFNERC assumes no responsibility for any injury, theft, or personal liabilities. First Aid and emergency services will be available on location. The Lighting the Fire conference is an alcohol and drug free event (excluding any alcohol sold by host hotel at the restaurant and banquet).

*Please note the Grand Entry this year is at 9 AM!

Thank you for your interest, the 'Call for Presenters' application period has now ended.